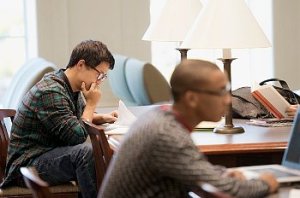 Every semester students drop out of our classes.  That’s okay.  Some of them should drop.  They have had health or family problems beyond their control, and they are better off starting fresh the next semester.  Others have put themselves so far behind the curve in our class (and probably other’s classes as well) that they should cut their losses and try to pass one or two classes, instead of failing four.  I can live with drops like this.

What hurts are the students who drop because they have developed an unrealistic picture of what is happening in the course during the semester.  They could have passed, maybe even with a strong grade, but at some point became convinced that they were irreparably behind their classmates, and gave up on keeping pace.

How can we encourage these students to keep going in the course?

1. Have a lowly weighted test early in the semester (HT: McKeachie) – By giving a test after the first or second week of courses, the students need to start their studying early, and it gives the instructor a chance to correct problems before they mushroom.

2. Have students grade the work of other students – This gives students a chance to see what their peers are turning in, which usually encourages students, who assume their friends are writing at a peer-reviewed journal level, rather than just like them. To keep your headaches to a minimum, have this be a rough draft that is graded and worth only a couple percentage points of the final grade, then grade the final draft yourself (or via TA), so as to minimize complaints about uneven grading.

3. Have a group project later in the semester – If students feel like they are abandoning their group, they will be less likely to drop out.

View all posts by bobwriedt